Animation created by directors from the BRICS countries. We show international award-winning cartoon...

How Do Astronauts Live and Eat on the ISS? - Denis Prudnik

Recently, the abbreviation "ISS" has been gaining popularity in the media. Countries are launching their missions to the International Space Station, and Earthlings are reading news from other planets with growing interest. In general terms, everyone understands what the ISS has been built for, but questions are in details. Let's try to answer them.

The International Space Station began to "assemble" (almost like a Lego toy) in 1998, with the launch of the Russian Zarya module. Its size is 13x4 meters. In fact, the module is a large cylindrical barrel, though very technological and technically difficult. 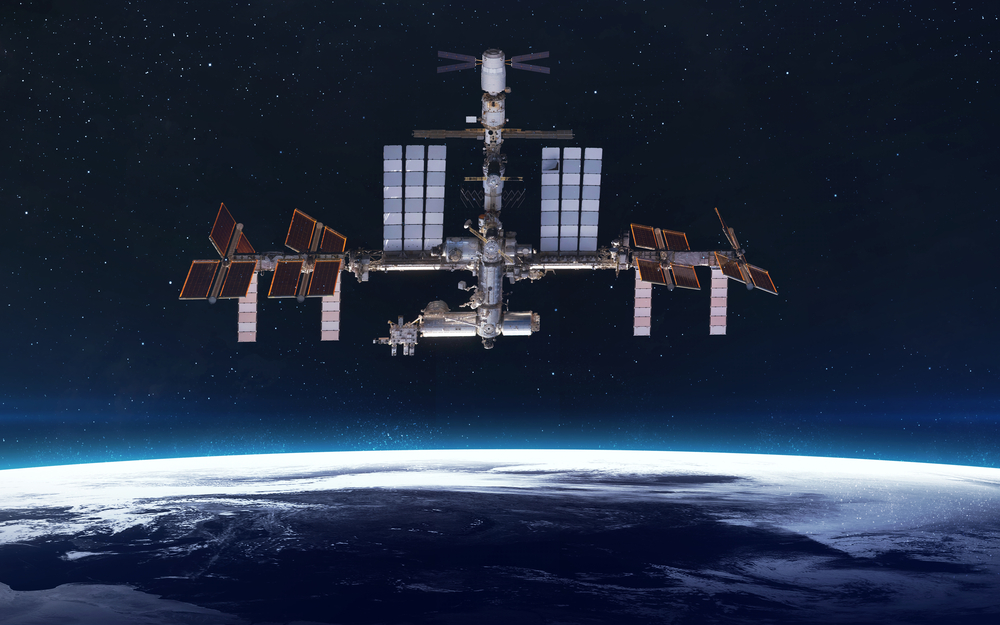 The dimensions of the orbital station are striking: it is comparable to a football field (110x60 meters), and its weight is about 450 thousand kilograms.

By space standards, the station is located not far from us: only 400 kilometers above sea level, but the official border separating the Earth and space is at an altitude of 100 kilometers (the so-called Kármán line). The station is floating at a speed of about 28 thousand km/h. Such a speed is also called earth orbital - in simple words, this is the minimum speed at which an object launched into space can rotate around the Earth without falling on it. An interesting fact - contrary to a popular belief, there is gravity on the ISS, and its value does not differ much from Earth's (g = 9.8 on Earth versus g = 9.5 on the ISS), and the well-known zero-gravity environment is formed due to the fact that the astronaut and all objects are in free-fall state - a state of constant falling.

An average expedition to the ISS lasts 200 days, so it has everything to ensure the life of the astronauts. Oxygen at the station can be processed from carbon dioxide exhaled by cosmonauts. There is also a special installation for obtaining oxygen, you only have to insert a special oxygen cartridge in it. Of course, there are also spare oxygen cylinders in case of an emergency.

As for water, it is a little more challenging. Water is one of the most important resources for the human body, so it is used very carefully on the ISS. With the help of special filters, water can be processed, even from human biological waste. In addition, water tanks are periodically delivered by special transport ships.

There is no shower on the ISS - all hygiene is carried out using wet wipes. The toilet works on the principle of a vacuum cleaner, which either removes waste products into the fluid recovery system, or places them in a special container, which is then simply thrown away. Not into space, of course! Dumping garbage means putting it in a cargo ship, which will then completely burn up on entering the atmosphere.

Probably the most interesting and misleading topic about life in space is food. There are no tubes in astronauts’ diet - except for tomato and apple-cranberry sauces. The main part of the astronaut diet is freeze-dried food - food in the form of a powder, which turns into a ready-made dish when mixed with warm water, as well as stew-like canned food. Astronaut menu is designed for 16 days, that is, same meals are repeated every 16 days, so the astronauts often change food with their international colleagues in order to somehow vary their diet.

Denis Alipov
"On July 28, had a cordial meeting with Shri Pankaj Jain, Secretary, Indian Ministry of Petroleum and Natural Gas. Discussed prospects for Russia-India cooperation in energy sector including our joint ongoing projects."

Themba Khumalo
“The Middle East is a critical market for South Africa so this partnership will be very instrumental in ensuring ease of access to and from South Africa for travellers from this region. This will increase direct airlift, making room for more travellers, and as our tourism sector recovers we look forward to welcoming more visitors from the Middle East.”
1 из