Africans are living longer, almost a decade longer actually, according to new statistics provided by a World Health Organization (WHO) assessment report.

The global health authority reported recently that healthy life expectancy in the African region has increased on average by 10 years per person between 2000 and 2019.

This rise is greater than in any other region of the world during the same period.

The report also notes that the disruptive impact of the COVID-19 pandemic could threaten these huge gains.

The Tracking Universal Health Coverage in the WHO African Region 2022 report shows that healthy life expectancy — or the number of years an individual is in a good state of health — increased to 56 years in 2019, compared with 46 in 2000.

According to the WHO, while still well below the global average of 64, over the same period, global healthy life expectancy increased by only five years.

The United Nations says that the sharp rise during the past two decades is a testament to the region’s drive for improved health and well-being of the population.

On average, essential health service coverage improved to 46% in 2019, compared with 24% in 2000, as reported by Pretoria News, a partner of TV BRICS.

25.09.2216:51 Society
A dialogue session organised by the Indian Business Alliance was held in Moscow 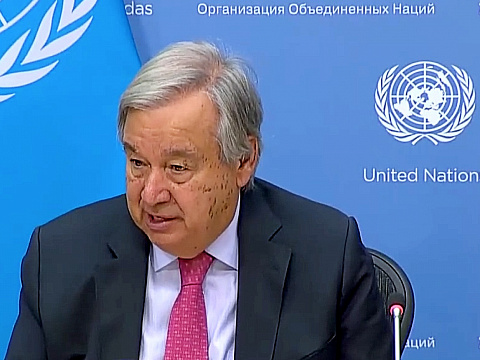