The bays of Sakhalin, the endless steppes of Elista, thousands of lakes in Altai and much more in th...

“My India” program tells the story of the origins of the Indian society traditions and shows how the...

TV BRICS supported a number of BRICS business forums aimed at expanding trade between the countries of the alliance. Namely, TV BRICS became an information partner of the Exhibition of Chines Consumer Goods, held in Moscow. The exhibition was widely reported not only by the TV BRICS channel and website in Russia, but also by the CGTN-RUS, Chinese Global Television Network.

TV BRICS became the official media partner of BRICS BUSINESS FORUM 2021 and BRICS TRADE FAIR 2021. The business forum and exhibition were organized by the BRICS Business Council, the Federation of Indian Chambers of Commerce and Industry with the support from the Ministry of Trade and Industry of India and the Ministry of Foreign Affairs of India. 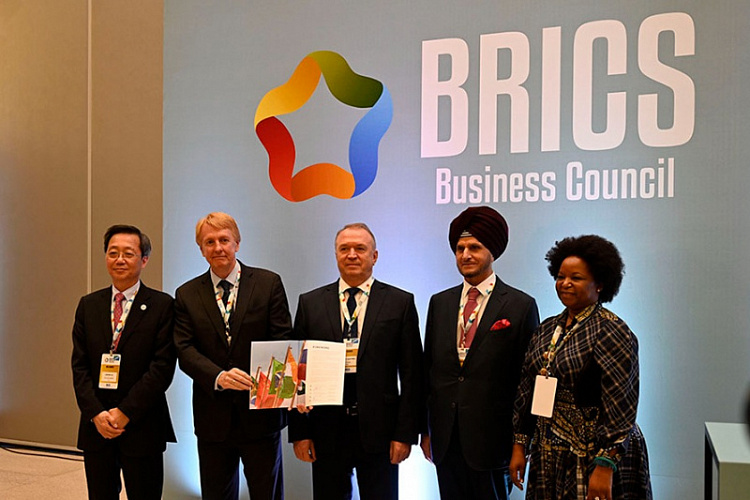 The Forum has become the largest and most prestigious platform for the meetings and networking of BRICS companies with their colleagues from Brazil, Russia, India, China, and South Africa.

In partnership with DurbanTV, BRICS TV widely covered the Intra-African Trade Fair 2021, which provided a platform to promote trade under the AfCFTA, bringing together continental and global buyers and sellers and allowing stakeholders to exchange trade, investment, and market information. 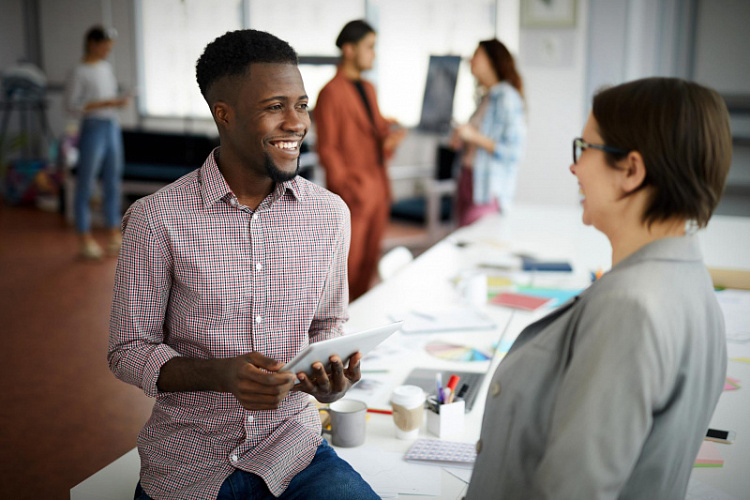 This is the first large-scale international documentary project of the five countries and the first example of five-party cooperation in film production. "We encourage the development of five-party cultural cooperation and recognize its role in strengthening mutual understanding between our peoples," said the New Delhi Declaration of the XIII BRICS Summit. 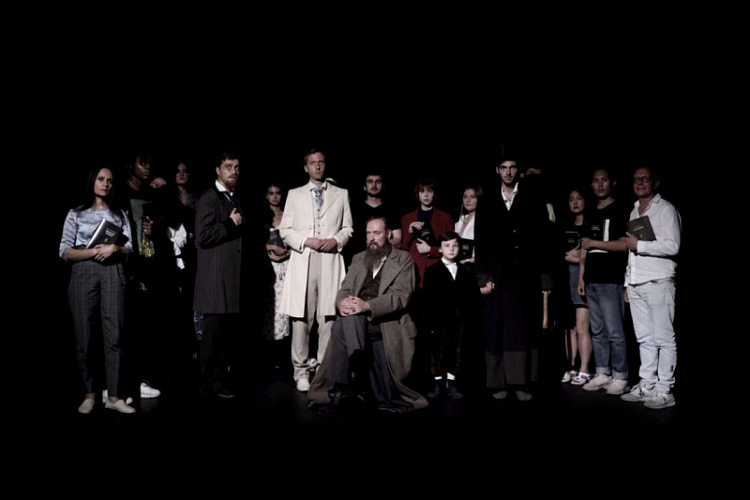 "Dostoevsky Intercontinental" was presented at the major documentary film festivals, supported by the TV BRICS international network, and was translated into English, Portuguese, and Chinese. The TV premiere took place on the channels of the TV BRICS’s partners in Brazil, Russia, India, China, and South Africa.

In 2021, BRICS TV organized special screenings of the documentaries produced in the BRICS countries at major international film festivals. The films about the life, history, and culture of five BRICS countries were exclusively presented at the One People International Film Festival in South Africa; “RUSSIA”, the largest non-fiction film competition in the post-Soviet space; the Volokolamsk Frontier International Festivals in the Moscow Region; the “Golden Tower” in Ingushetia; “Rendezvous with Russia” festival; “The Territory of the National Unity" in Arkhangelsk; “Rendezvous with Russia" festival in Vologda; the International Festival of Innovative Cinema in Bangalore (India), the BRICS Film Festival at the University of Latin America in Brazil. 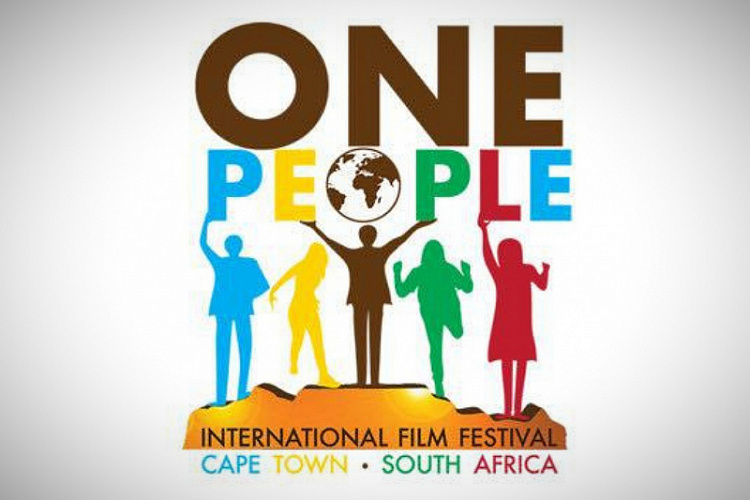 In addition, the documentaries by the filmmakers from the BRICS countries were presented on TV BRICS RUSSIA. Special TV screenings of the films by the directors from the “five” countries were held on the partnering TV BRICS’s channel in South Africa.

You can watch an news program about the culture and traditions of the peoples of India every week on TV BRICS RUSSIA. It is called "My India" filmed by Asian News International, TV BRICS’s partner in India. 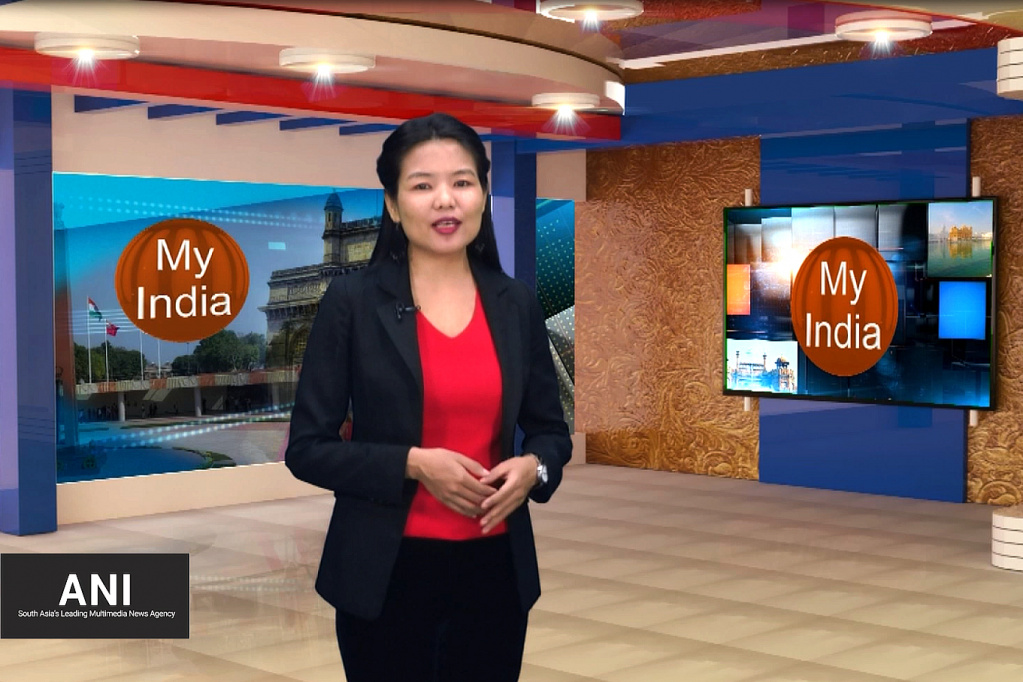 The joint project of TV BRICS and People's Daily Online about Chinese cuisine has been successfully broadcast on TV BRICS for three years. In 2021, TV BRICS was the first Russian media to show documentary series about the unique Brazilian national parks – Pantanal and Chapada dos Veadeiros  – produced by the editorial staff of Bandeirantes de Comunicação, TV BRICS’s Brazilian partner.

The Chinese partner of TV BRICS - Renmin Ribao - presented an exclusive "Tales of China" series, which tells us about the most ancient cities of the Celestial Empire. TV BRICS broadcast the documentary series about Brazilian architecture for the first time in the Russian television’s history.

In 2021, TV BRICS presented several films about travels across Russia at the International Travel Film Festival in South Africa with the support from Rostourism and the Consulate General of Russia in Cape Town. 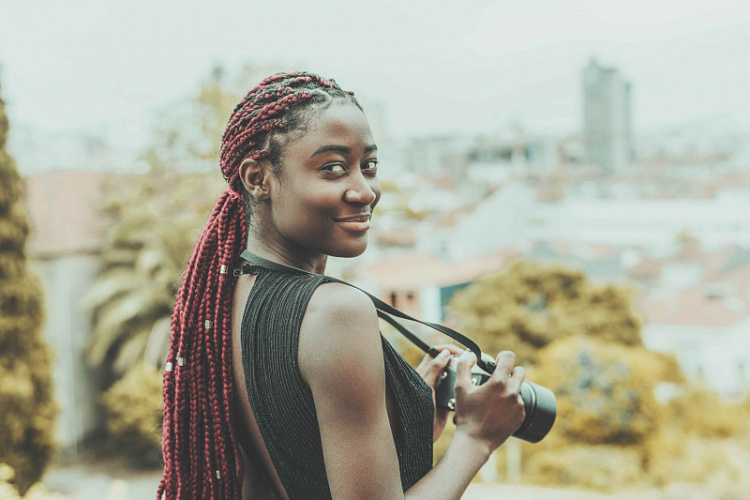 TV BRICS aired videos and programs about tourism in India and China for the first time. BRICS TV launched a special project on tourism in Sichuan, the homeland of the pandas, on its channel and website in collaboration with Chengdu Radio&Television.

In 2021, BRICS TV presented the artworks of Russian photographers at the Fragments of Russia Through The Lens exhibition in Stellenbosch, South Africa.

In collaboration with the Moscow International Media Center, TV BRICS held South Africa Days, an event that included a photo exhibition by a South African photographer that presented landscapes and everyday life of South African residents.

“We recognize that the continuity of youth exchanges in various fields, including such areas as science, education, arts and culture, innovation, energy, diplomacy, volunteering and entrepreneurship, will provide a bright future for cooperation within the BRICS,” said the New Delhi Declaration of the XIII BRICS Summit. 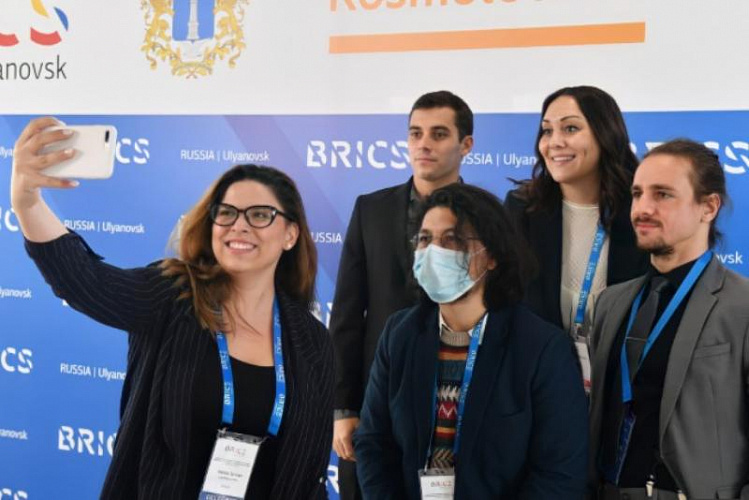 In 2021, TV BRICS became an information partner of the BRICS Youth Camp in the Ulyanovsk Oblast. It was attended by over 100 delegates and volunteers from Brazil, Russia, India, China, and South Africa.

TV BRICS collaborates with the leading universities of the BRICS countries. TV BRICS delivered an open lecture on cooperation of the five countries in the humanitarian sphere, in particular in the field of film, for students of the Federal University of Latin American Integration in the state of Parana. And following the 21st Russia-India summit 'Russia-India: Partnership for Peace, Progress and Prosperity', an open lecture was held for Indian students at Stella Maris College in Chennai, India.

The BRICS TV’s joint editorial staff compiled a special report on the preparation of athletes from the five countries for the Summer Olympics in Tokyo. The TV BRICS partners in India, China, and Brazil took part in its production.

09.07.2216:46 Society
Russian Creative Week hosted a discussion on partnership alliances in the industry

Denis Alipov
"On July 28, had a cordial meeting with Shri Pankaj Jain, Secretary, Indian Ministry of Petroleum and Natural Gas. Discussed prospects for Russia-India cooperation in energy sector including our joint ongoing projects."

Themba Khumalo
“The Middle East is a critical market for South Africa so this partnership will be very instrumental in ensuring ease of access to and from South Africa for travellers from this region. This will increase direct airlift, making room for more travellers, and as our tourism sector recovers we look forward to welcoming more visitors from the Middle East.”
1 из

21.07.2211:56 Society
How South African private reserves and the government are saving rhinos from extinction