The document, titled "The CPC: Its Mission and Contributions," was released by the Publicity Department of the CPC Central Committee


Serving the people wholeheartedly is the abiding mission of the Communist Party of China (CPC), said a key publication on Thursday.

The document, titled "The CPC: Its Mission and Contributions," was released by the Publicity Department of the CPC Central Committee. 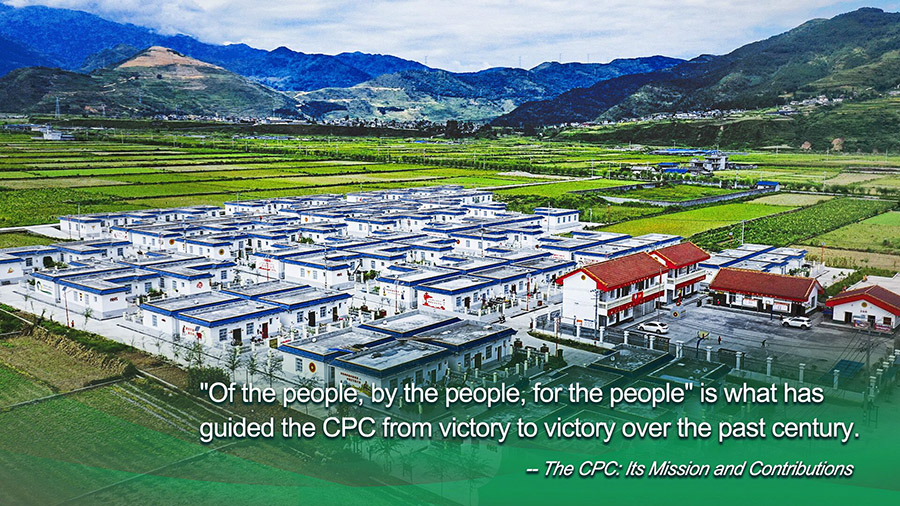 Stressing that the Party is the vanguard of China's working class, the Chinese people, and the Chinese nation, the document noted that "of the people, by the people, for the people" is what has guided the CPC from victory to victory over the past century.

It pointed out that over the past century, through all the changes in the domestic and international environment, whether in good times or bad, the CPC has always put the people first. It has never wavered in fulfilling this commitment. 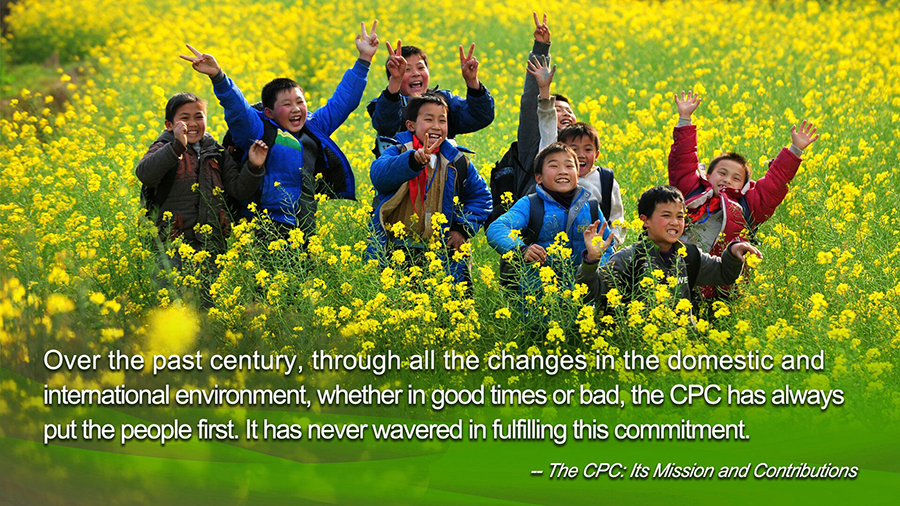 After China was struck by COVID-19, the CPC and the Chinese government responded swiftly, putting people's lives before all else, organizing massive nucleic acid testing and inoculation, making every effort to identify every case of infection, and doing everything possible to save patients and protect the people's health, the document said.

"The Party and the people work together and share weal and woe, and there is an inseparable bond between them. No attempt to sever that bond will ever succeed, and any attempt to shake the people's faith in the Party's leadership is doomed to fail," said the document. Enditem. 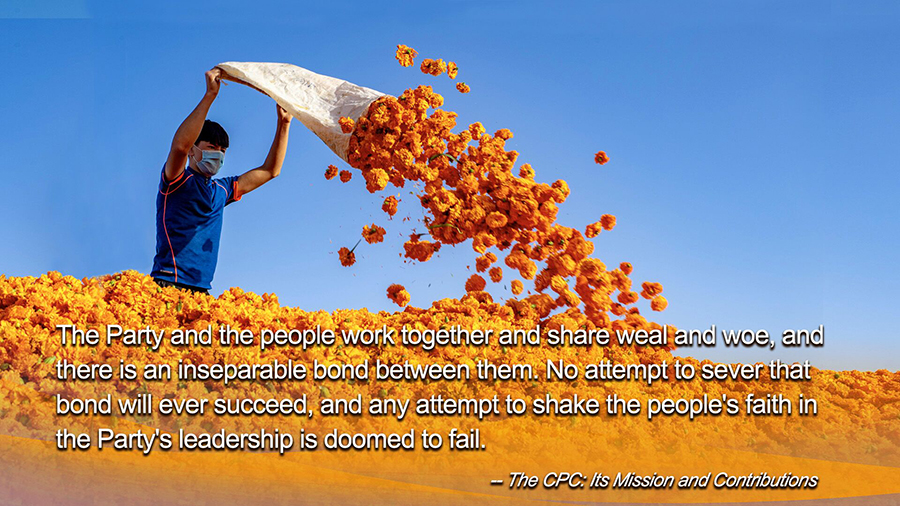