The session took place on 6 September in Vladivostok

One of the fundamental components of creating a more just and sustainable world is the empowerment of women.

The current international agenda requires BRICS members to respond to new and emerging challenges. The BRICS+ dialogue, which promotes the principles of multilateral and multi-polar diplomacy that responds to key challenges, is also gaining weight.

During the session, participants discussed the role of BRICS+ women leaders in shaping the priorities of the agenda in the world, measures needed to strengthen the role of women in global sustainable development initiatives, and other issues. 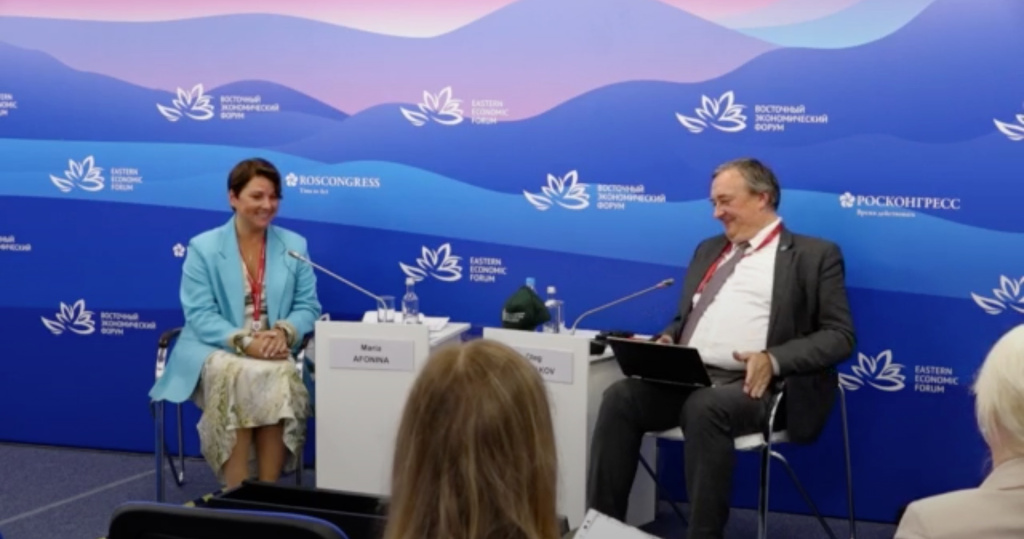 The session was moderated by Maria Afonina, Vice Rector for Learning Activities of Educational Center SENEZH (“Russia - the Country of Opportunities” Project).

Maria Afonina noted that over the past few years the BRICS countries have significantly strengthened their positions: "BRICS countries actively cooperate in the sphere of social and economic development. And now BRICS is on a par with such associations as the G20 and G7, becoming a powerful and active player on the world stage.”

"By 2026 the population of the BRICS countries is expected to grow by 625 million people, most of whom will be living in India and China. By 2020 the share of BRICS countries in international trade turnover will reach almost 20%," Maria Afonina stressed.

Oleg Kobyakov, Director of the Moscow Office of the UN Food Organization, spoke about the role of women in food, pointing out that previously women worked only in technical positions, but now the number of women in junior and mid-level positions has increased significantly.

“And in the BRICS and BRICS+ countries we see a lot of wonderful women leading from the key positions both in state service, public service and internationally. It happens worldwide as well,” he said.

Sarah Mosoetsa, director of the South African BRICS Research Centre, said: "We need to stick to the decisions that we have made in BRICS, in working together with our friends. For us it is important that we continue implementing the gains that we have made over the years as BRICS.”

She stressed that it is also very important for women in BRICS and BRICS+ countries to learn modern technology, to develop in science and science and technology, and not only in primary education but also in higher education.

Gulden Turktan, Founding President of the Women's 20 (W20), said that women's financial inclusion is key to financial stability around the world.

The EEF International Forum, attended by representatives from more than 60 countries, takes place from 5 to 8 September in Vladivostok.