The first BRICS postgraduate student forum has been held at the University of Campinas, Brazil, on 26 and 27 September.

The aim of the forum was to stimulate and promote interdisciplinary research in BRICS countries and to identify the implications of COVID-19 in four areas: climate change, enterprise development, local development, priorities and funding outcomes of the New Development Bank.

The BRICS delegates, who participated online and in person, interacted as if they were all in the same room. The first session on climate change, chaired by Professor Xiaolong Zou from China, featured nine presentations. 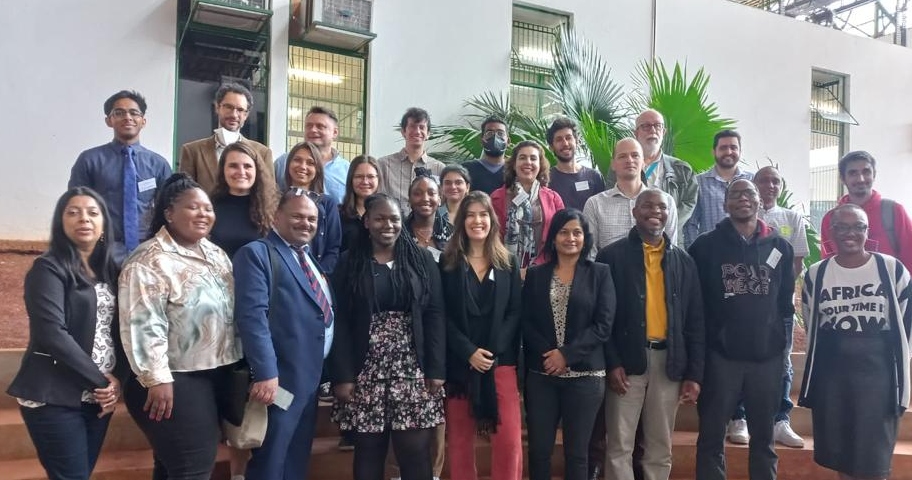 “This forum has been, in my opinion, very successful in spite of some technical issues which are the part of this hybrid format, but well we had a very good thing related to this hybrid format: we had a lot of people here in Campinas all round the world. We could also connect other people who could not join us in person. And then I would say is the best part of the forum is in its  disciplinarity. It was really nice to see first presentations which were about forestry and then coming to health issues, issues on economic, jobs, politics, energy, climate change and so on. So, It shows that all the stories related to BRICS can have a dialogue in order to construct a new world," said Professor Bruno de Conti, Associate Professor at the Institute of Economics of the University of Campinas, Brazil.

The first day ended with 19 presentations on entrepreneurship, chaired by Professor Sergey Smirnov from Russia.

"The forum brought together young academics from the BRICS countries, which is quite natural, as it is the younger generation that is better integrated into the global community. This new generation will undoubtedly make a big difference to our countries, which are ready to take a leap forward in economic development. Our countries have great growth potential, which is better realized together, applying the most successful practices that have already been tested <...> the BRICS Forum is an excellent launching pad for young scientists," he stressed.

The second day began with a powerful speech by Professor Fulufhelo Newswera, Executive Dean for the Faculty of Management Sciences at the Durban University, South Africa, who spoke on the dynamics of the BRICS countries. This presentation kicked off a productive day of interactive sessions.

The forum concluded with a solemn and significant moment: a Memorandum of Understanding was signed between Durban University of Technology and the University of Campinas, establishing a strong relationship for the future between the two BRICS universities.

“I think the BRICS Postgraduate Forum went well. It has been 2 days of academic exchanges, interesting discussions on a variety of topics from waste management and entrepreneurship to finances and climate change. Part a lot of papers, on and on  over 60 papers and only few did not pitch, but, all in all, we had a good conference. We signed an MOU with the University in Brazil and we are looking forward to interesting cooperations in 2023 as we host the BRICS Academic Forum in South Africa, in parallel to that we hope that we will also host the BRICS Postgraduate Forum. We expect BRICS scholars will be in South Africa around April next year,” summarised Fulufhelo Newswera.

TV BRICS is a media partner of the event.